Did you know….
Ten random fun facts that may help at your next trivia contest.
1. The letter A was inspired by the ox. The letter A is derived from the Phoenician letter Aleph. Aleph can be traced back to the Middle Bronze Age found in parts of Egypt and Canaan from around 1850 BC. The character comes from an ancient Egyptian hieroglyph or pictogram depicting an ox’s head.

2. Humpty Dumpty was not an egg. During the English Civil War Humpty Dumpty referred to a cannon used by the army of Charles I in 1648. There are two preceding verses, now mostly forgotten, that name the expert gunner, One-Eyed Thompson, and the cannon, Humpty Dumpty. It was mounted on a church tower the church tower was knocked down and the cannon tumbled into the marsh below, never to be found. 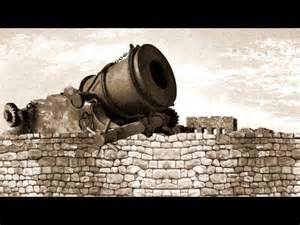 In Sixteen Hundred and Forty-Eight
When England suffered the…