The Great Tootsie Roll Battle of the Korean War 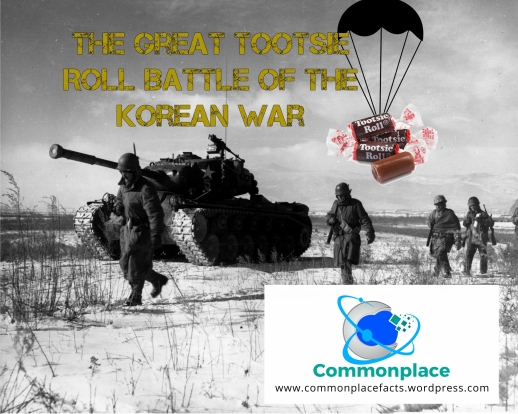 On Veteran’s Day we honor and celebrate those who have served their country in the armed forces. These individuals are known for bravery, selflessness, commitment to duty, and innovation in the face of challenges. Few moments in history illustrate all of these characteristics better than the Battle of Chosin Reservoir, when soldiers used a tasty treat to gain victory under improbable odds.

It was November 1950. The Korean War was less than half a year old, and U.S. forces were still getting used to the terrain and conditions of the Korean peninsula.

At Chosin Reservoir near Chain Jin, some 10,000 men of the U.S. First Marine Division, along with elements of two Army regimental combat teams, a detachment of British Royal Marine commandos and some South Korean policemen were completely surrounded by over ten divisions of enemy troops. The conditions there tested the troops to their fullest. Temperatures dropped to nearly -30° F, food rations were nearly useless, since they couldn’t be adequately heated, and if that weren’t enough, after intense fighting, they found themselves running out of mortar shells.

Calling for resupply, Company F’s Marines used code words for specific items. Among the requests was an emergency resupply of “Tootsie Rolls,” the code for 60mm mortar rounds. Unfortunately, the radio operator receiving that urgent request didn’t have the Marines’ code sheets. All he knew was the request was extremely urgent.

In response to the Marines’ request, dozens of parachutes appeared in the sky, bringing cargo. To the surprise and consternation of those on the ground, the airdrop did not include mortar rounds; it was pallet after pallet of Tootsie Rolls, the savory chocolate taffy-like candy.

Drawing heavily upon those treasured traits of bravery and innovation, they made the best of the situation. As it turned out, the candy helped them with the food situation. It gave them a needed boost of blood sugar and caloric intake to deal with the harsh conditions.

Innovation didn’t stop there. The ingenious soldiers soon determined that the Tootsie Rolls, while soft and squishy when being chewed, became nearly as hard as steel when exposed to the subzero temperatures. The troops used the chocolate treats to patch up bullet holes in their armor, hoses and other equipment.

The battle went on for more than a  week. The allied forces suffered 3,000 killed in action, 6,000 wounded, and thousands of severe frostbite cases. They were ultimately successful in reaching their objectives. Surviving Marines called themselves “The Chosin Few.” Company F proudly boasted it’s new nickname: The Tootsie Roll Marines.