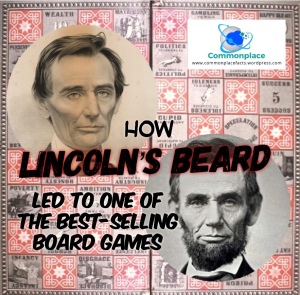 Milt thought he had finally found the golden ticket to success. The year was 1860, and Abraham Lincoln’s rising political star meant big bucks for the aspiring businessman. All this changed when Lincoln grew a beard, throwing Milt’s financial security into disarray. 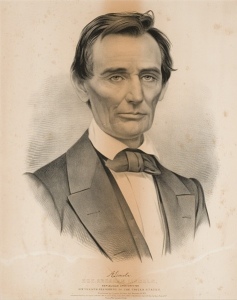 The lithograph of clean-shaven Abraham Lincoln.

When Abraham Lincoln emerged as the nominee of the fledgling Republican Party, people all over the country wanted to know more about him. Milt found a way to capitalize on the public’s interest in the Illinois lawyer. He created a lithograph of Lincoln’s face and offered copies of it for sale.

Milt’s plan was successful in the extreme. Copies of the lithograph flew off of the shelves as fast as he could print them. When Lincoln won the election in November of that year, Milt thought his financial future was secure for at least four years.

Then Lincoln did something that messed it all up. He grew a beard. Between Election Day and the day the President-elect departed Springfield for Washington, D.C., he decided to let his whiskers grow. Suddenly, the public was clamoring for pictures of the fuzzy-faced President, while Milt’s lithographed representation of a clean-shaven Lincoln gathered dust.

Desperate to shore up his finances, Milt turned his eye toward another way to make money. He came up with a board game and hoped it would be of some interest to the public. He called it “The Checkered Game of Life.”

The game made use of a checkered board. Players spun a top that worked like a die to determine how many spaces to move. The goal was to land on “good” spaces such as “honesty” and “bravery” to collect 100 points. Players could lose points by landing on less-honorable spaces such as “prison” or “poverty.” 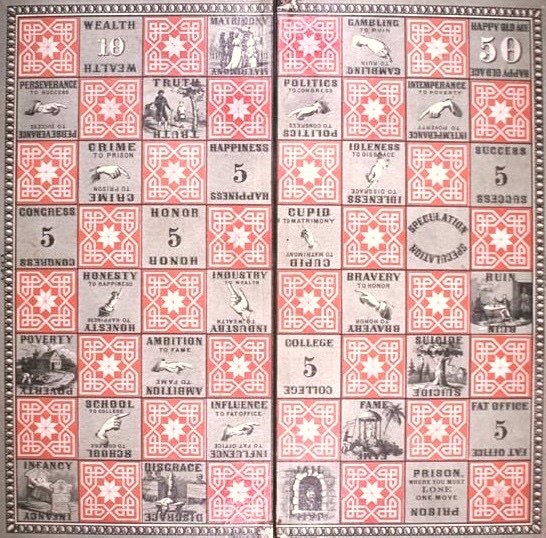 “The Checkered Game of Life” game board.

The game was an immediate success, selling 45,000 copies in the first year. Milt decided to throw himself completely in the board game business. He named the company after himself — Milton Bradley. His name is now synonymous with some of the best-selling games in the world, such as “Candy Land,” “Operation,” and “Battleship.” 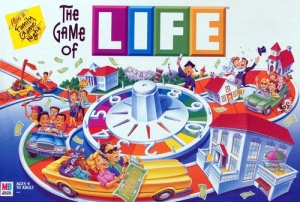 “The Checkered Game of Life” continues to be one of the company’s best-selling products. It has been modified several times over the years and is now called, more simply, “The Game of Life.” It has sold more than 50 million copies since its release and is available in over 20 languages.

While the format of the game has changed over the years, with players having to avoid such pitfalls as “intemperance,” “disgrace,” and “idleness,” it should be noted that at no time has there been a spot on the board that requires players to decide what to do when their hopes and dreams are threatened by a presidential beard.