Eight Years Trapped at Sea: the Story of the Yellow Fleet 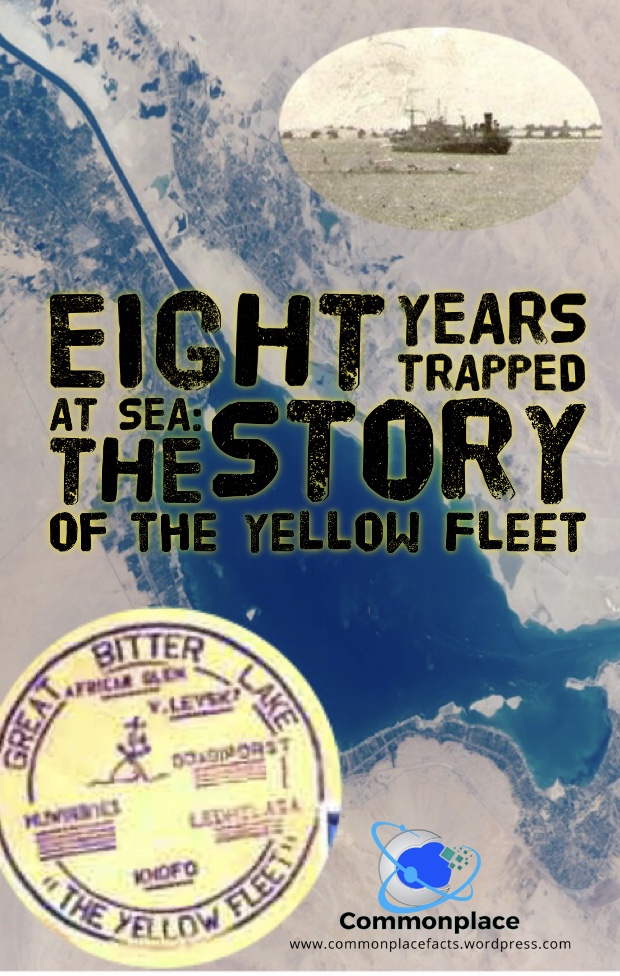 You may have always dreamt of spending extended time sailing on a ship. What would you think about spending eight years on that ship, wondering if you would ever be able to dock? That’s what happened to the crew of the Yellow Fleet who found themselves trapped at sea because of a war.

Fifteen ships happened to be on their way through the Suez Canal when war broke out in June 1967. As a result of the Six-Day War between Israel and Egypt, both ends of the canal were shut down, giving the ships inside no way out.

After three days in limbo, the ships’ crews realized they would be there for a while. They anchored together in the widest part of the canal, an area known as the Great Bitter Lake. Although the war itself lasted six days, the disputes between the two nations continued long after the war. Israel held the east bank of the canal, while Egypt controlled the other side. The territory through which the canal traversed was an active combat zone. With the overall control of the canal in dispute, neither of the access points could be opened.

After four months and with no resolution in sight, the officers and crews of the ships met on the Melampus and created the “Great Bitter Lake Association.” It was an agreement to give mutual support among the trapped ships. Informally, the ships were known by the color they attained as they slowly accumulated dust from the desert winds. Thus was born the Yellow Fleet.

The problem was not so much with the inability of the crew members to leave the Great Bitter Lake; it was the ships themselves that had to remain. Without a crew, however, the ships would be considered abandoned and they would fall into disrepair. In 1969, the ships organized themselves in clusters and worked out a crew-sharing plan, allowing the overall number of men to be reduced. Crews were rotated in and out on a three-month basis.

The crews of the Yellow Fleet quickly became something of a micronation. They organized social events, founded a yachting club and held the “Bitter Lake Olympic Games” to run parallel to the 1968 Summer Olympics in Mexico City. They held lifeboat races, conducted religious services, and even held soccer games on the largest ship, the MS Port Invercargill. The Bulgarian freighter Vasil Levsky provided a movie theater. The Swedish ship Killara had a swimming pool.

An envelope sent from the M.S. Münsterland, bearing the hand-crafted postage stamps of the Yellow Fleet.

As time went on, the Yellow Fleet took on more and more of a quasi-political status. The crews developed their own postal system, with hand-crafted postage stamps that were recognized and honored by the Egyptian postal authority. This allowed the otherwise-isolated crews to send and receive letters all around the world.

After eight years, the Suez Canal was finally reopened. A crowd of more than 30,000 well-wishers cheered the return of the German ships Münsterland and Nordwind to Hamburg on May 24, 1974. They were the only ships to have returned to their home port under their own power. For the Münsterland this was the end of a voyage that had lasted eight years, three months and five days.