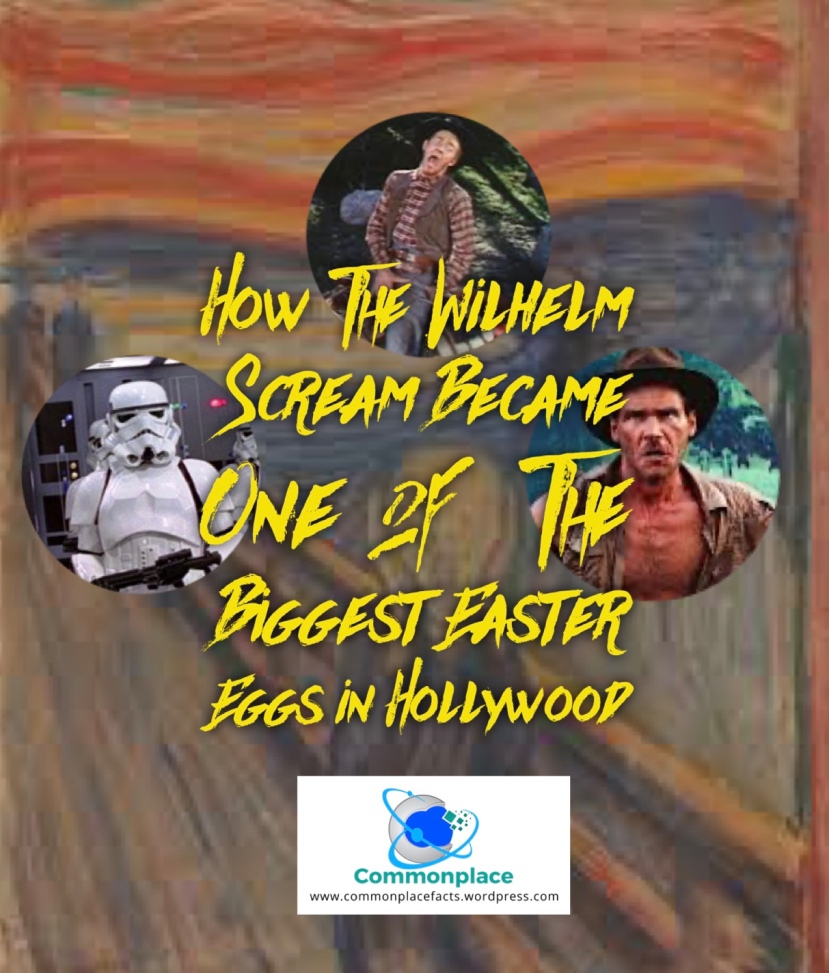 Certain lines from movies are so iconic that they are immediately recognized. “I am your father!” is instantly associated with James Earl Jones’ powerful portrayal of Darth Vader. Who can read the words, “Here’s looking at you, kid,” without also hearing the voice of Humphrey Bogart? Out of all of the movie lines, there is one that you have probably heard countless times in more movies than you can recall, and chances are that you never even realized the line was voiced by the same actor. We are referring, of course, to the Wilhelm Scream.

The first time the Wilhelm Scream first made its appearance in the 1951 Warner Brothers western, The Distant Drums. There is a scene in the movie where one of the characters is attacked by an alligator. As the man succumbs to the gator’s jaws, he lets loose with a scream. The scene and the scream can be viewed here:

The actual scream was not uttered by the actor who is seen on the screen. As is the case with many movie sound effects, the scream was recorded later in a sound booth. The script simply called for the sound effects engineer to create a sound of “a man getting bit by an alligator, and he screams.” A voice actor was called in. He recorded six screams. The fifth was used for the alligator scene. The others were used as screams in different parts of the movie.

The Distant Drums, alas, would not be the last time this scream was used by sound effects engineers. It was preserved as part of the Warner Brothers collection of stock recordings and pulled out at appropriate times to incorporate into other films. One such film was the 1954 western The Charge at Feather River. One of the characters — Private Wilhelm — lets out a scream after being shot by an arrow. As you may have guessed, the scream was the same one used three years earlier in the alligator scene from The Distant Drums.

It was in the early 1970s that the scream took on a life of its own. While watching The Charge at Feather River, sound engineer students at USC’s film school recognized the distinctive scream and realized it had appeared in a number of films. They dubbed it the “Wilhelm Scream” in honor of the character who uttered it when they first recognized its significance. The students, Ben Burtt, Richard Anderson, and Rick Mitchell, began cataloging the times the Wilhelm Scream appeared in film. They began to use it for school projects as a running joke.

Anderson, not to be outdone, worked the scream into a movie he was working on, Raiders of the Lost Ark:

The success of these films propelled Burtt and Anderson to the top of their profession. In the process, the Wilhelm Scream took on legendary significance. Directors such as Peter Jackson and Quentin Tarantino, as well as countless other sound designers, sought out the sound and put it in their movies so they could join in the gag. Listen carefully, and you can find the scream in The Lord of the Rings, Pirates of the Caribbean, Harold and Kumar Go to White Castle, Toy Story, Reservoir Dogs, Titanic, Anchorman, 22 Jump Street, and more than 200 other films, TV shows, and video games.

Taking on a life of itself, it has become more than just an Easter Egg sound effect. The name “Wilhelm Scream” has been used as a song title, a band name, and a beer brand.

A list of more than 150 movie appearances of the Wilhelm Scream can be found here.

As for whose voice is actually recorded in the Wilhelm Scream, that remained a mystery for several decades. Burtt researched the Warner Brothers records and finally located the call sheet from Distant Drums that listed actors who were scheduled to record additional dialogue after the film was completed. One of the names, and the most likely candidate as the Wilhelm screamer, was an actor and musician named Sheb Wooley. Although his scream may have actually been heard by more people than nearly anyone else in history, he is more widely known as the musician who sang the popular 1958 novelty song “Purple People Eater.”

A 2019 compilation of the scream from movies and television can be seen here: