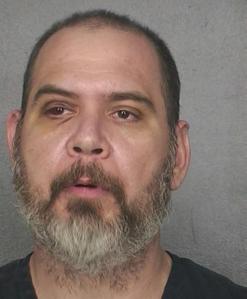 Benjamin Herman Siegel of southern Florida was arrested in January, 2015 and charged with battery and cruelty to animals after allegedly striking employees with a bearded dragon and putting the bearded dragon in his mouth.

According to police reports, Seigel was videotaped throwing the animal in the air multiple times before hitting employees more than once with the reptile. He also threw Gatorade on the employees, as if assault with a deadly lizard were not a serious enough offense. source

This is not the first time Siegel has made the news. In 2012 a man died in Siegel’s pet shop after Siegel hosted a “Cockroach Eating Contest.” At that time, Eddie Archbold won the grand prize of a python after eating dozens of insects and worms. Shortly thereafter, he died.  see the video and read the news report here.