Predestined to be President 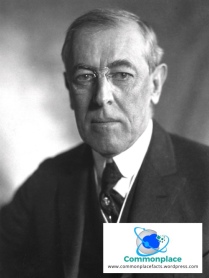 It takes a certain level of self-confidence for anyone to think he or she is capable of being President of the United States. For the 28th President, it was more than self-confidence; he believed he was divinely-ordained for the job.

Shortly after receiving the Presidential nomination at the 1912 Democratic National Convention in Baltimore, Woodrow Wilson declared, “I am a Presbyterian and believe in predestination and election. It was Providence that did the work in Baltimore.”

After winning the election, Wilson was approached by Party leaders with their lists of those who were expecting to receive appointments to high office in exchange for their hard work. Wilson looked them squarely in the eye and said, “I wish it to be clearly understood that I owe you nothing. Remember that God ordained that I should be the next President of the United States. Neither you or any other mortal could have prevented that.”