What Happened to the Lost Letters of the English Alphabet? 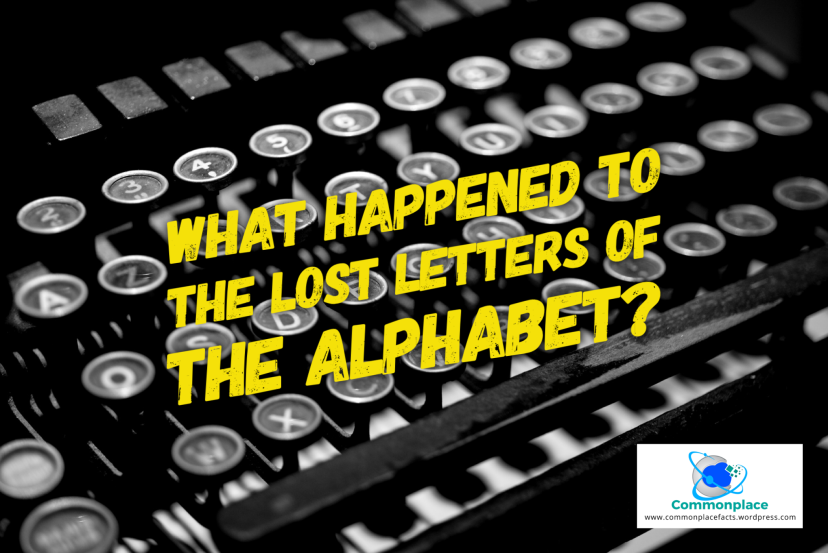 Although the English language presents more than its fair share of challenges, its alphabet is pretty cut and dry. Granted, there are simpler alphabets to learn. Rotokas, spoken in parts of Papua New Guinea, for example, only has 12 letters in its alphabet. Even at 26 letters, however, the English alphabet is still much less complex than that of Khmer, which boasts a whopping 74 letters. Those who find the English alphabet song more enjoyable than the Khmer version should be thankful we have only 26 letters, instead of the original 35.

The English language is constantly evolving. As previously noted here, the letter “J” has only comparatively recently joined its peers as an accepted letter of the alphabet, and ampersand (&) was the most recent one to disappear.

Ampersand was only the most recent letter to take a bow. As the languages of the post-Roman world of Christian Europe developed, Anglo-Saxons started to agree on some standards for their emerging language. For the most part, they made use of the Latin alphabet, but the fledgling English language used some sounds not commonly used by the Romans.

In addressing the problem of different sounds, there are different approaches. One way is to create a new letter to represent the sound. Another is to combine two separate letters into a single unit. A third approach is to re-purpose an existing letter and giving it a new sound. If none of those approaches work, there is always the option of borrowing a letter from another language.

The delightfully-mixed up English language uses all four of these options.

The English language has a particular affinity for the “th” sound, as in “thing” or “with.” It is an aspect of English that is often difficult for non-native speakers to master because it is not a commonly-used part of many languages. To address this, the Anglo-Saxons borrowed a couple of letters to represent the sound. The letter ‘thorn’ (uppercase: Þ lowercase: þ) came from the Elder Futhark rune system. It was used interchangeably with the Old English letter ‘eth’ (uppercase: Ð lowercase: ð). These letters remained in use until around 1300 when they were retired for the diphthong ‘th.’

Over time, ð gradually changed shape and became indistinguishable from ‘y,’ but it retained the same pronunciation. When written with a superscript ‘e,’ such as Ye Olde Curiositie Shoppe, it retained the same ‘th’ sound. To modern eyes, this appears as if it should be pronounced “yee,” but that is not how it was intended. Contemporary visitors to Ye Olde Curiositie Shoppe would read the sign in front of the establishment as “The Old Curiosity Shop.”

Ash, as can be seen, is a combination of the Latin letters ‘a’ and ‘e.’ Originally treated as a diphthong, ash became a letter in its own right early in English’s development. It is named after the Futhark Rune “ash.” It represented a sound between ‘a’ and ‘e’, much like the short ‘a’ of cat. It has largely been supplanted by a long ‘e” sound, but its use in such words as encyclopædia and archæology suggests that these two words tend to be mispronounced by modern speakers.

Ethel (uppercase: Œ lowercase: œ) started as a diphthong to approximate the combination of the Greek letters ‘οι’ which would be pronounced “oy,” as in the word boy. Over time, English usage of the letter evolved to a variation of the letter ‘e.’ Modern American English recognizes this and typically substitutes ‘e’ in its place. This accounts for the American spelling of “diarrhea,” as opposed to the British form of “diarrhoea.”

Ethel can still show up in some English words that have been borrowed from the French language. When used in this way, ‘œ’ the ‘o’ and ‘e’ sounds blend together, such as when used in manœuvre and hors d’œuvre.

The “long s” (ſ) looks like a lowercase ‘f’ without a crossbar. Its resemblance to the letter ‘f’ has frequently caused modern readers to think the writers of the Constitution of the United States misspelled Congress as Congrefs, as pictured to the right.

There are sundry rules about when to use the “long s,” as opposed to the other form, commonly known as a “round s,” such as:

James Barclay’s A Complete and Universal English Dictionary (London, 1792), offers this helpful explanation: “All the ſmall Conſonants retain their form, the long ſ, and the ſhort s only excepted. The former is for the moſt part made uſe of at the beginning, and in the middle of words; and the laſt only at their terminations.”

It does not take a lot of imagination to figure out why the use of the “long s” has fallen out of favor.

Insular G (ᵹ) eventually turned into yogh (uppercase: Ȝ lowercase: ȝ). It was pronounced in several different ways, according to its position in the word. At the beginning of a word, or if it followed an ‘e,’ ‘i,’ or ‘y,’ it had a ‘y’ sound as in yellow. When in the middle of a word, it resulted in an extra syllable. The words yʒe (‘eye’) and hiʒe (‘high’) were pronounced with two syllables. Within words or at the ends of words, it took on the sound of ‘w,’ as in folʒed (‘followed’), or innoʒe (‘enough’), (which used to be pronounced ‘enow’).