By Commonplace Fun Facts on December 4, 2019 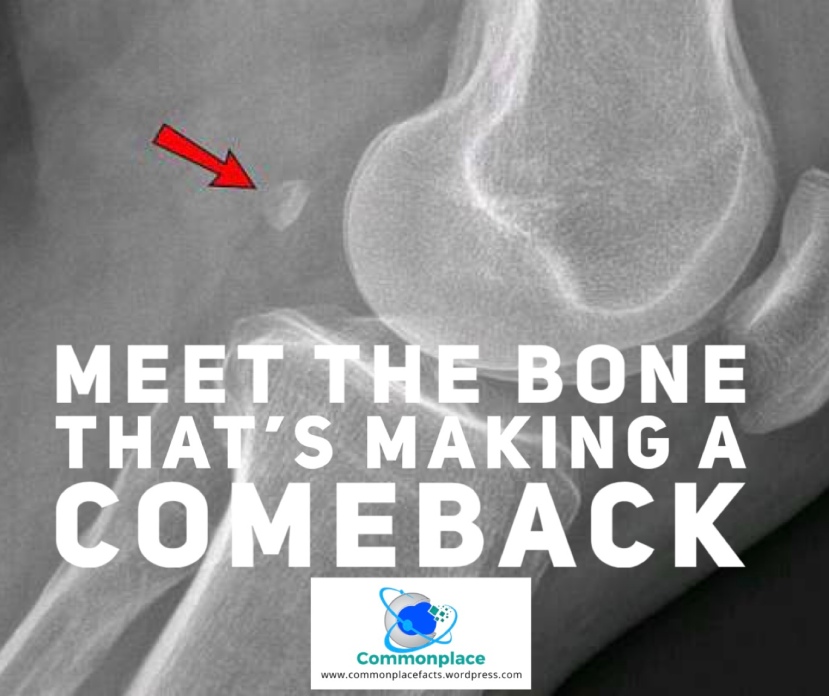 One thing we all learn in school is that the human body has 206 bones. This is true — except when it isn’t. Many people have a 207th bone. What is more interesting is that the number of those who have this extra skeletal piece seems to be steadily increasing.

The fabella is a small bone (5 mm to 20 mm in diameter) in the knee that was once considered to be a rarity among humans. It is a sesamoid bone. While there are other bones thus classified, the fabella is the largest of the sesamoid. When it shows up, it is found buried in a tendon behind the knee. People suffering from arthritis are more likely to have a fabella.

An x-ray of the knee, showing the presence of a fabella.

Researchers from Imperial College London have now found that fabellae are becoming more common in humans. After examining more than 21,000 knee studies over 150 years and across 27 countries, the researchers discovered a three-fold increase in the occurrence of fabellae between the years 1918 and 2018.

The study was published in April 2019 in the Journal of Anatomy. The lead author, Dr. Michael Berthaume of Imperial’s Department of Bioengineering, said, “We don’t know what the fabella’s function is – nobody has ever looked into it!”

“The fabella may behave like other sesamoid bones to help reduce friction within tendons, redirecting muscle forces, or, as in the case of the kneecap, increasing the mechanical force of that muscle,” Berthaume added. “Or it could be doing nothing at all.”

People with osteoarthritis of the knee are twice as likely to have a fabella than people without osteoarthritis. It is unknown if the fabella is the cause of osteoarthritis, however. It can also cause pain and discomfort on its own, and it can get in the way of knee replacement surgery.

Researchers speculate that the bone’s resurgence might be the result of healthier diets. “We found evidence of fabella resurgence across the world, and one of the few environmental changes that have affected most countries in the world is better nutrition,” said Berthaume. “The average human, today, is better nourished, meaning we are taller and heavier. This came with longer shinbones and larger calf muscles – changes which both put the knee under increasing pressure. This could explain why fabellae are more common now than they once were.”