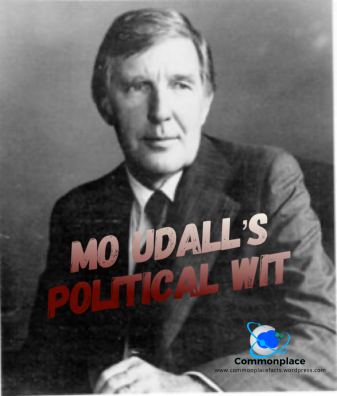 Morris “Mo” Udall (June 15, 1922 – December 12, 1998) served in the U.S. House of Representatives from 1961 to 1991. He sought the Democratic nomination for President in 1976. Although he failed in that quest, he succeeded in cementing his reputation as a first-class wit. His account of the failed race and other details of his life can be found in his book Too Funny to be President. Here is a small sampling of the political wit of Mo Udall: