A Heart-Healthy Reason to Avoid Mondays 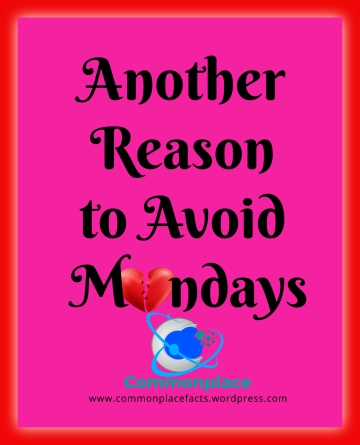 Mondays tend to be the least favorite day of the week for most people. As it turns out, there is a good reason for it. That is the day of the week on which you are most likely to suffer a heart attack.

According to a study published in The BMJ, researchers who studied over 156,000 hospital heart attack admissions over seven years came to some surprising conclusions:

Find out about your increased risk of death on your birthday.

Learn about the odds of dying of these different events.