The Most Expensive Hyphen In History 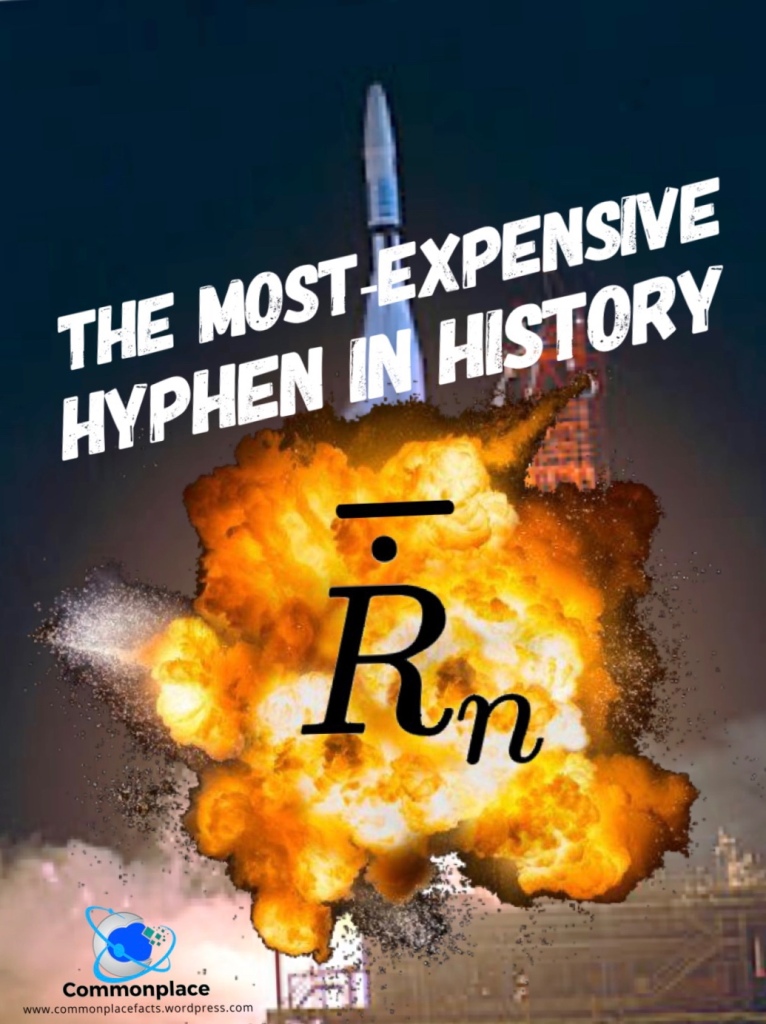 It has been called the most expensive hyphen in history. That is a bit of a misstatement. It was actually the most expensive overbar in history, but since most of us have no idea what an overbar is, “hyphen” will have to suffice. Whatever it was, history records that a missing horizontal line cost nearly $20 million and threatened the United States’ ambitions in the space race.

The Mariner space program was envisioned to consist of 10 probes to investigate Venus, Mars, and Mercury. This ambitious new phase of space exploration was to be inaugurated with Mariner 1 and the first fly-by of Venus.

Built at a cost of $18.5 million ($157 million in 2020 valuation), the rocket blasted off from Cape Canaveral on July 22, 1962, at 9:21:23 a.m. No sooner did the rocket clear the launch tower than controllers began to grow alarmed about its trajectory. Simply put, it wasn’t heading in the right direction. With no way to fix the problem, NASA hit the self-destruct button, and Mariner 1’s mission came to an explosive end after only 293 seconds in flight.

NASA and Congress were very interested in knowing what went wrong and why the taxpayers had just spent nearly $20 million for a massive fireworks display. After an extensive investigation, the official finding was that there was a programming error in the software. The details are really quite embarrassing.

In 1962, the computer programming for space flights was originally written out by hand by the programmers. It would then be transcribed and entered into computer punch cards. In the course of this transcription, someone missed something. In the midst of the thousands of numbers and mathematical operators in the complex navigation program, there was supposed to be a mathematical operation that looks like this:

What actually got entered onto the punch cards, however, was this:

The missing line is called an overbar. For those who understand such things, that little line means “the nth smoothed value of the time derivative of a radius R”. Without it, the smoothing function was missing, resulting in the rocket going irretrievably off course.

Read about the botched Mars mission caused by a programmer forgetting to use the metric system.

Although the missing symbol is technically called an “overbar,” the Mariner 1 Post-Flight Review Board cited a missing “hyphen” in its official findings. This was probably a concession to the fact that most of the people who would read the report wouldn’t have the foggiest notion of rocket science, let alone the math that supports it. Whatever the reason for the choice in terminology, it was immortalized when science fiction writer Arthur C. Clarke picked up on the phrase and concluded that Mariner 1 was “wrecked by the most expensive hyphen in history.”

Once the error was identified, it was corrected in the programming for Mariner 2, which launched successfully just five weeks after the ill-fated mission of its predecessor. The USA had momentarily lost its footing in its quest to be first in the race to space. You might say that it tripped on an overbar.