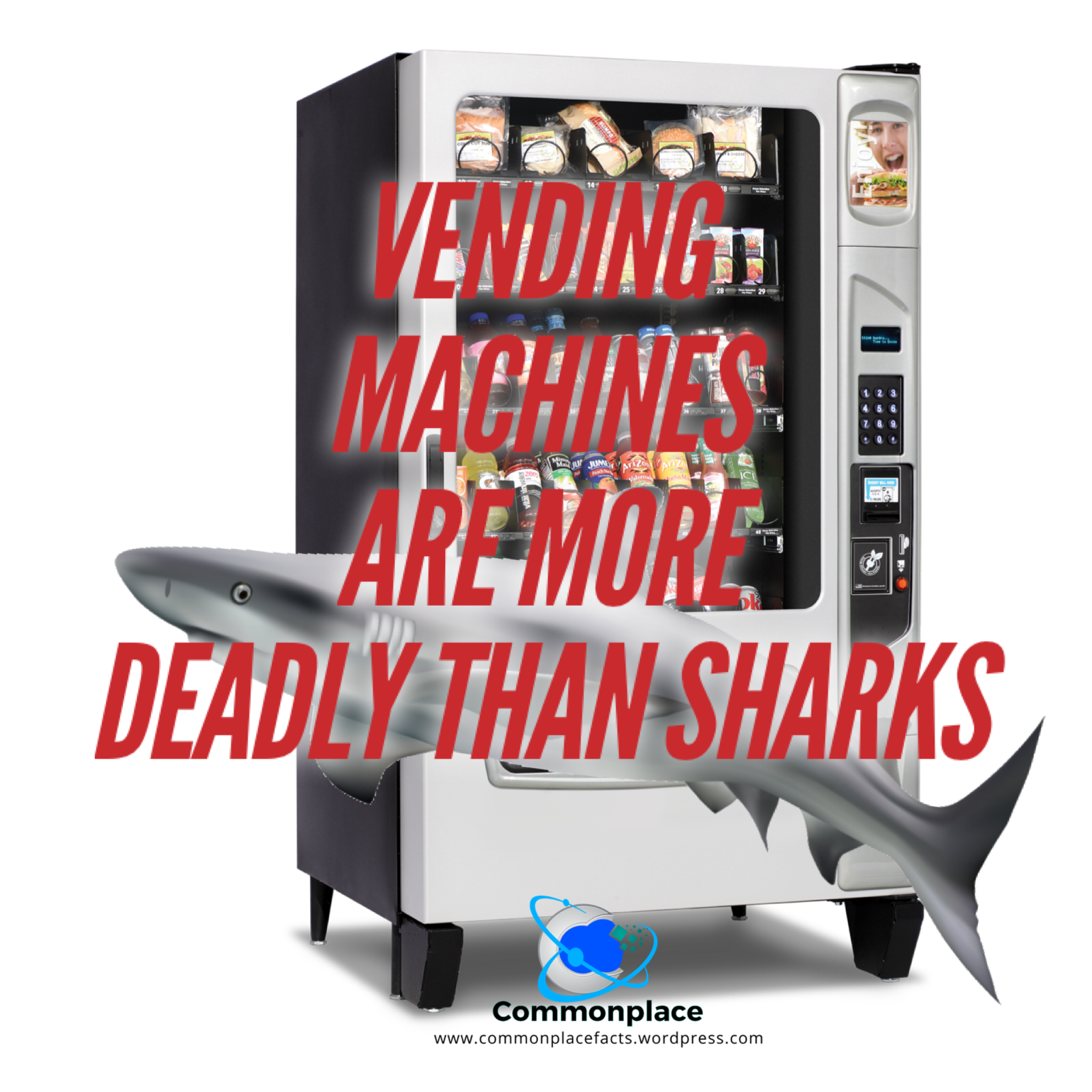 They have invaded human society so completely that they can be found in all areas of life. Businesses, hospitals, schools, and even police stations are their habitat. These silent killers lure their unsuspecting victims with enticements of candy, soda, and chips. They appear to be harmless, but they are more deadly than sharks.

Who are these terrifying killers of American society? Odds are that you walk past at least one of them almost every day. Behold, the fearsome monster known as the vending machine.

The United States Consumer Product Safety Commission (CPSC) has been tracking injuries caused by various products since its inception. Its numbers concerning vending machine incidents are sobering. Between 1978 and 1995, CPSC recorded at least 37 deaths and 113 injuries resulting from consumers rocking or tilting the machines in an attempt to obtain free soda or money.

Since 2000, the ability to track incidents has become even more high-tech. Thanks to the National Electronic Injury Surveillance System, it is possible to pull up statistics on any number of consumer product misadventures. Its estimates search engine (accessible here) makes use of all reported injuries and extrapolates the data against the entire U.S. population. Based upon this data, in the years between 2002 to 2015, vending machine injuries added up to 1,730 per year, including four annual fatalities.

Contrast these numbers with the risks associated with being attacked by a shark. The United States experiences an average of 16 shark attacks each year, resulting in one fatality every other year. You would have to total up all USA shark attacks since 1958 (1,105) to get anywhere close to the injuries caused by vending machines in a single year.

We have yet to find a reliable study to confirm the dangers inherent in swimming with a vending machine.